I recently had the privilege of having my piece for SATB choir, Let My Country Awake, programmed in the final gala concert of the NZ Choral Federation’s biennial convention Choral Connect. The concert took place on Saturday 17th July, the final day of the convention, at the Dorothy Winstone Theatre in Auckland. My piece opened the second half of the programme, performed by Voices NZ Chamber Choir, and conducted by Karen Grylls, followed by a new work by Celeste Oram. 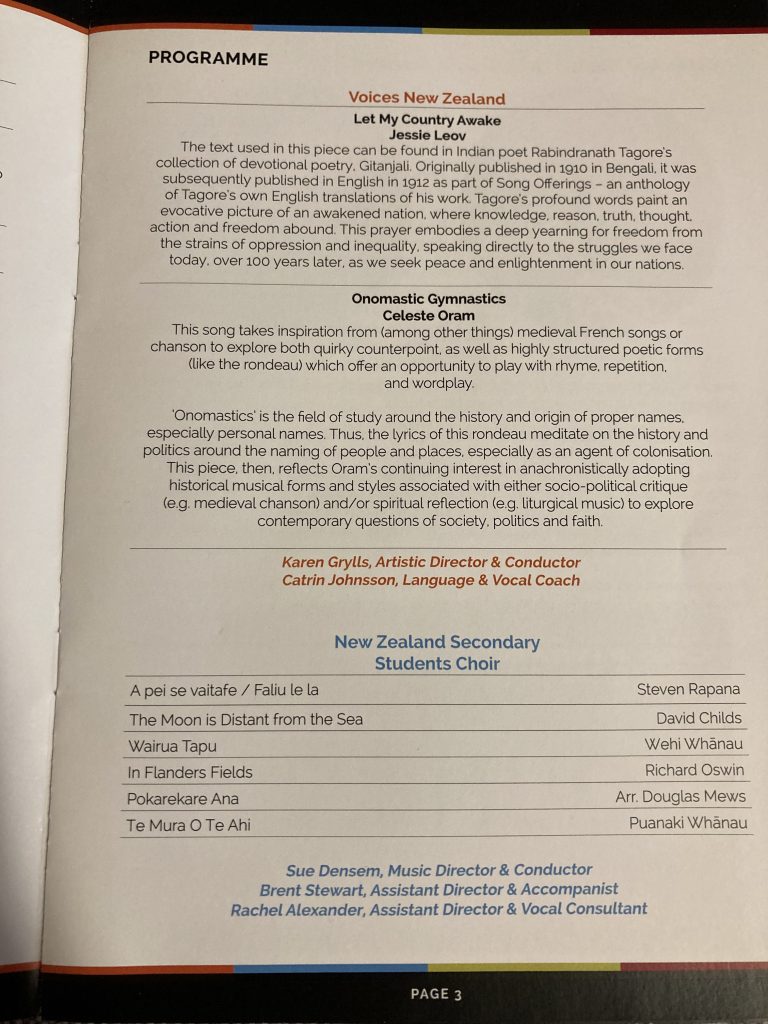 Earlier in the day participants of the convention attended a range of sessions focussing on composition including a spectacular session with Taonga Puoro composer and practitioner Horomona Horo. Additionally, over the course of three hours, five choral works by student and emerging composers were read through by Voices NZ, with guidance from David Hamilton and conductor Karen Grylls. This included Let My Country Awake which was performed later that day. Like previous workshop experiences, this was a valuable learning opportunity and I’m incredibly grateful I had the opportunity to work with David, Karen and Voices NZ.

I’m looking forward to getting hold of the video of the performance and will share when it becomes available. The concert was a truly remarkable evening – I was blown away by the performances and I’m honoured that my music had a place among them x